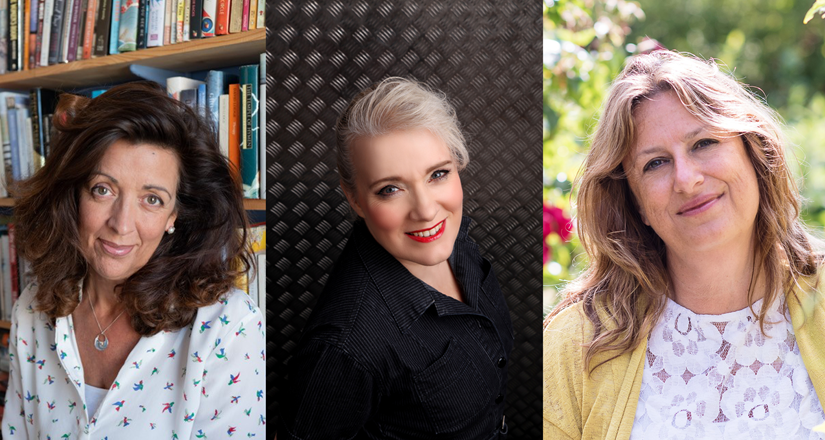 Join the festival for three exciting November Nights with Louise Doughty, Alison Bruce and Elly Griffiths where you’ll hear author readings and have the opportunity to ask questions of these exciting writers.

These three online Zoom sessions are completely free of charge! Book now and you’ll receive the Zoom link. We look forward to seeing you there!

Platform Seven is Louise Doughty’s ninth novel. Her most recent book is Black Water, which was published in 2016 to critical acclaim in the UK and US, where it was nominated as one of the New York Times Notable Books of the Year. Her seventh book was bestseller Apple Tree Yard, which was adapted as a four-part drama for BBC One. Her sixth novel, Whatever You Love, was nominated for the Costa Novel Award and the Orange Prize for fiction and she has been nominated for many other awards including the Sunday Times Short Story Prize. She is a critic and cultural commentator for both UK and international newspapers and broadcasts regularly on the BBC.

Alison Bruce is the author of eight crime novels and two non-fiction titles. Her first novel, Cambridge Blue (2008), was described by Publishers Weekly as an ‘assured debut’ and introduced both detective, DC Gary Goodhew, and her trademark Cambridge setting. She went on to write six further novels in the DC Goodhew series before writing the psychological thriller I Did It for Us.

Bestselling crime author Elly Griffiths worked in publishing before becoming a full-time writer. Her series of Dr Ruth Galloway novels, featuring a forensic archaeologist, are set in Norfolk and regularly hit the Sunday Times top ten in hardback and paperback. The series has won the CWA Dagger in the Library and has been shortlisted three times for the Theakston's Old Peculier Crime Novel of the Year. There are twelve books in the series so far with number thirteen to be published in Febraury 2021.

Where: Event held on Zoom. Please book your free ticket through our website and the Zoom link will be emailed to you.

Note: When the basket total is £0.00, the booking fee does not apply.